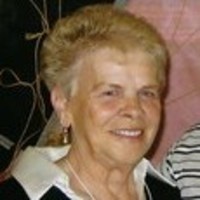 Joyce Darlene Bell, 78, died at her Ocean Park residence on November 8, 2019 with her family at her side. The daughter of Tom and Rachel (Turntine) Davis, she was born in Jefferson City, Missouri on November 29, 1940. At age 6 she moved with her family to the Peninsula.

Joyce knew John Bell from their grade school days in Ocean Park. One day, in the 6th grade, they were playing football (she was quite the tomboy). John tackled her and broke her leg. They didn't see much of each other after that! Then in the 1960s they re-kindled the friendship and on September 1, 1967 she and John married in Ocean Park. This was a union of 52 years.

Joyce was a wife, mother and homemaker. A graduate of Ilwaco High School, she had worked 12 years for Jolly Roger Seafoods in Nahcotta before becoming a real estate agent. She worked for Lighthouse Realty until her retirement in 1995. Over the years she enjoyed fishing, tending her flowers, traveling and especially her children and grandchildren.

No formal service. Her guestbook is available at www.penttilaschapel.com.

To order memorial trees or send flowers to the family in memory of Joyce D. Bell, please visit our flower store.