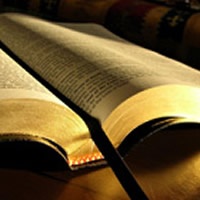 Chinook residents Loren and Judy Johnson will be remembered with a joint Memorial Service on Sat., May18th, 2019, 1:00 PM at the Evangelical Lutheran Church in Chinook. A reception follows.

Loren and Judy reconnected in 1972 during the Christmas holiday. After a two-year long distance relationship they married on October 19, 1974. Judy followed Loren to his home in Connecticut where they lived and worked until they retired. At that time they returned to their beloved Chinook and became active members of the community.

Loren served several terms as church treasurer and continued to audit records once he retired from the position. He liked to putter: he took care of both Johnson and Lindstrom properties until they were passed on to younger generations; he did odd jobs for friends, family and church; and he was part of the JAM (Johnson, Aslin, Malchow) Construction Company to rebuilt the church after it burned. He made the locked cupboards for the silver service, cleaned gutters, fixed leaky faucets and repaired office equipment. When the quilters moved into the Sunday School room he reworked some electric plugs for the ladies' convenience and made improvements to the table risers. He and Jon Krager designed and planted the church gardens.

Judy was a substitute pianist at the church and sang in the special events choir. Although not a seamstress, she enjoyed the church quilting group and helped with cutting, ironing, and tying of quilts. Judy was an active member of the Order of Eastern Star where she held several positions, traveling to state conferences and played piano for Pacific Chapter in Ilwaco. Judy participated in several local book clubs ad theater groups. She made her movie debut in “Kindergarten Cop”. She also worked for Ocean Spray and at the thrift store.

Judy had an infectious laugh which completely balanced Loren quick, dry humor. She was the ying to his yang.

Loren passed on January 25th and Judy passed on February 17th. Together they left a legacy of love, generosity, and service; a void that will no be easily filled. We miss they dearly.

The family requests donations in their memory to the following organizations that were special to Loren and Judy: Friends of Chinook School, World Vision International, and Habitat for Humanity in care of Penttila's Chapel, PO Box 417, Long Beach, Washington 98631. Their guestbook is available at www.penttialschapel.com.

To order memorial trees or send flowers to the family in memory of Julia M. "Judy" Johnson, please visit our flower store.