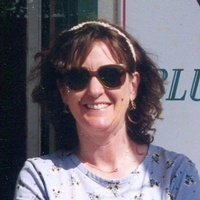 PORTLAND — Kathleen Vinzant, 63, passed away suddenly on April 15, 2019, in Portland, surrounded by her husband, Ray, and with her two sons by her side. Kathy was born March 5, 1956 in Fairbanks, Alaska, to John and Trudy Hannon.

She enjoyed the outdoors and animals and spent many hours enjoying the Alaskan wilderness. She graduated from Douglas County High School in Castle Rock, Colorado and from a Paralegal Study in Denver. Kathy spent one summer attending school in France where she became proficient in the language.

She was self-employed for many years as a bookkeeper and tax preparer.

Kathy married Ray Vinzant in June 1974 and lived in a country setting where she and Ray raised animals and two sons, Tom Patrick and Ray Francis.

Kathy and Ray later moved to the Peninsula and resided there for the past 28 years.

She and Ray grew fruits, which they processed into jam and sold at the Farmers Market in Ilwaco. She especially enjoyed meeting the customers who came to purchase their wares.

Kathy is survived by her husband; sons and two grandsons, Ray E. and Patrick D. who reside in Juneau, Alaska with their parents; and by her parents, John and Trudy Harmon of Long Beach; her brother, John of California and sister, Christie of New Mexico.

Her sister, Terri Harmon preceded Kathy in death as did her grandparents, Tom and Beverly Westerbuhr of Denver and Herman and Berta Eberhardt of Ocean Park.

A celebration of life for Kathy is scheduled for 2:00 p.m. at Penttila’s Chapel in Long Beach on Saturday April 27th.  Her guestbook is available at www.penttilaschapel.com.

To order memorial trees or send flowers to the family in memory of Kathleen Elizabeth Vinzant, please visit our flower store.