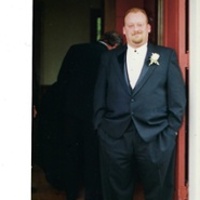 Kevin J. “Chico” Bredfield, 57, died July 16, 2019 at St. Anthony’s Hospital in Gig Harbor, Washington, following a lengthy and difficult illness. Kevin was a lifelong resident of the Long Beach Peninsula, one of the last babies ever delivered at Ocean Beach Hospital in Ilwaco on May 8, 1962, the son of William and Sandra Bredfield.

Kevin grew up in Seaview attending all the local schools and graduated from Ilwaco High School with the class of 1980. While at Ilwaco he made many lifelong friendships built on light hearted pranks, laughter, and good ‘ol boy fun. He also played both football and baseball through his high-school years.

At the age of three Kevin began “working” at Chico’s, eventually making it his lifetime career. He was very passionate about continuing the business his family lovingly built and found great joy in mentoring kids through their first jobs and donating generously to his community.

Kevin was an avid golfer, enjoyed playing pool and darts, and was a dedicated spectator of sports of all kinds.

Kevin married Laureena Delapaz, on March 17, 1998. She survives him residing at their family home in Nemah, Washington where they spent many happy years together. Also surviving are his mother, Sandra Bredfield, the children he took great care in raising: son Collin LaPlant, of Long Beach and daughters: Jayla Noradoun of Seattle, Shelly Wright of Long Beach, and Becky Muth of Richland, his half-sister Denise DeVries of Canada and a great many grandchildren who will miss his tall tales and big laugh. He was preceded in death by his father William “Bill”.

A memorial service celebrating his life will be held Saturday, August 10th, 2019 at 12 o’clock, noon, at the Peninsula Church Center in Seaview, Washington. A reception will follow, with pizza (of course). Any donations in his memory are requested to the Ilwaco Sports Boosters in care of Penttila’s Chapel, PO Box 417, Long Beach, WA 98631. His guest book available at www.penttilaschapel.com

To order memorial trees or send flowers to the family in memory of Kevin J. "Chico" Bredfield, please visit our flower store.