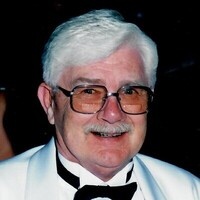 Lawrence C. "Lunk" Wallin, 90, a resident of Ilwaco for the past 85 years, passed away in Longview, Washington on August 11th, 2020. The son of Carl and Laina (Anderson) Wallin, he was born November 3, 1929 in Portland, Oregon. At the age of five he moved to Ilwaco where he lived with his grandparents Oscar and Alma Kangas while his mother worked to support the family.
Like many of his generation in Ilwaco, he was given a unique nickname; his being Lunk.
He graduated from Ilwaco High School where he was senior class president and during the summer months worked at CRPA for Wayne Suomela and dug clams commercially with his uncle, Adolph Sund.
In March of 1951 he was drafted into the US Army and served during the Korean Conflict. Not a pleasant experience, he lost part of a finger on his left hand and was nearly crushed to death under a Jeep he was working on. That injury left him with back problems the rest of his life.
Following honorable discharge in March of 1953 he returned to Ilwaco. Six months later, on November 14, 1953 he married the love of his life Barbara Christensen. Their first home was a two room float house on Cougar Bend at the mouth of Willapa Bay where he was a fish buyer for Harland Herrold. They later moved to Ilwaco where they resided ever since. Lunk worked many jobs to support his family but the one he was most proud of was the 28 years spent with the City of Ilwaco. At one point he was police chief, fire chief, dog catcher and water, sewer and street department. When his grandfather passed away he ran the Finnish sauna on Elizabeth Street with his grandmother on Saturday nights. He was active with the Boy Scouts, spent 2 years as commander of the American Legion, a member of the Ilwaco Volunteer Fire Department for 35 years serving many years as chief, member of Ocean Beach Presbyterian Church, and former member of the Ilwaco Cemetery Association.
Besides his wife of 66 years, Lunk is survived by a daughter Wendy S. Wallin of Spokane, WA; son Jeffrey (Candy) Wallin of Ocean Shores, WA; eight grandchildren; and fourteen great grandchildren. He was preceded in death by his beloved daughter Aliisa D. Wirkkala.
Private family services. Inurnment will be at Ilwaco Cemetery. Memorials are requested to the Ilwaco Volunteer Fire Department. Arrangements are by Penttila's Chapel by The Sea.

To order memorial trees or send flowers to the family in memory of Lawrence Carl Wallin, please visit our flower store.