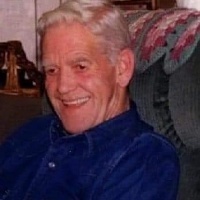 Resident of the Peninsula Leslie B. Bolden, 81, died at his Ocean Park residence on July 5, 2019 surrounded by family. Born September 17, 1937 he was a native of Wytheville, West Virginia, one of 13 children born to Everett and Bessie (Sexton) Bolden. Togo, Minnesota was home for a few years before Kelso became his residence. It was there he married Connie Johnson on July 28, 1959.

Les worked for Weyerhaeuser in Longview before moving to the Peninsula in 1968. He was employed locally by Jean's Auto Sales/Mobile Homes in the '70s and after that operated L&B Mobile Homes.

Always one to stay busy, Les raked clams for Wiegardt's and performed maintenance and made clam guns for Jack's Country Store in his later years. He was a charter member of Ocean Park Eagles.

Les loved country music and enjoyed stomping up the nails on the dance floor at Ole's Nook on Saturday nights. Then came NASCAR on Sundays, razor clam digging when he was healthy and of course camping with his kids and grandkids.

Les' family wishes to thank Harbors Home Hospice and the EMTs of Fire District One for their “trying and gentle help”. At his request there will be no service; a celebration of life at a later date. His guestbook is available at www.penttilaschapel.com.

To order memorial trees or send flowers to the family in memory of Leslie B. "Les" Bolden, please visit our flower store.