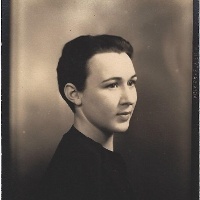 LONG BEACH — On June 1, 2019, surrounded by family, Lydia Leah (Kromm) Saccomanno passed away peacefully in her home. She was 99.

She was also preceded in death by her loyal loving husband of 64 years, Paul Ralph Saccomanno (2006). They were married in Priest River, Idaho on June 7, 1941. Their love was a true fairytale romance, so much so, that Lydia became an accomplished author and wrote a book of their life and love together called, “God Answered Lydia's Prayer.”

The family moved to Spokane in the early 50s and later moved to Seattle where Paul worked for Boeing and Lydia worked for the King County School District. They later built a vacation home in George, Wash., where they both enjoyed gardening and the heat. After retirement, they moved to the Long Beach Peninsula and spent their remaining years here.

Lydia was very proud of her two children who remain in the family home, Kathi (Shaw) Saccomanno, (Leroy) (1976)and Antonia Saccomanno. Lydia had three grandchildren, Paul Lance Shaw, Leroy Vance Shaw (Patti), and Casi Shaw Lalonde Jurewicz One great-grandchild was born on March 12, 1998, and is her namesake, Lydia Pacific Lalonde, with whom she was very close. The great-grandchild's father, Gary Lalonde, remained close with Lydia as well.

Lydia had dedicated her life to her family, God, and the Lutheran Church. Her love was so immense, that she made everyone she knew a better person. She enjoyed spending time with her family, vacationing in Southern California, and spreading the word of God. Her cooking skills will remain long standing with the family.

A celebration of life will be announced at a later date. Her guestbook is available at www.penttilaschapel.com. Donations can be made to the Lutheran Church.

To order memorial trees or send flowers to the family in memory of Lydia Saccomanno, please visit our flower store.