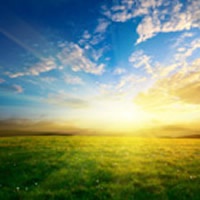 Margery Faye Jeffers, 76, died at her Ilwaco residence on January 8, 2020 with her husband at her side. The daughter of Abe and Faye (Jolly) VanBuren she was born April 22, 1943 in Tillamook, Oregon. Her father was a logger who moved often, but Marge lived in Tillamook long enough to attended grade school before moving to Yreka, California where she attended high school.

Marge lived for a time in Sacramento, California. In 1960 she moved to the Peninsula. Locally she was employed at Red's Restaurant in Ilwaco, National Bank of Commerce, Telephone Utilities and Ocean Beach Hospital. She retired in 2010 having been a domestic housekeeper.

Her family wishes to express sincere appreciation to nurse Amber and Dr. Law for their care and devotion.

No service at her request. Memorials may be made to the South Pacific County Humane Society, PO Box 101, Long Beach 98631 or Willapa Harbor Helping Hands, PO Box 597, South Bend 98586. Her guestbook is available at www.penttilaschapel.com.

To order memorial trees or send flowers to the family in memory of Margery F. Jeffers, please visit our flower store.