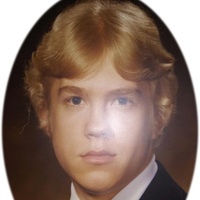 Marvin Mitchell Haataia, 59, died in Vancouver, Washington on October 28, 2019. The son of George and Miriam (Johnson) Haataia, he was born in Longview at Cowlitz General Hospital on December 18, 1959. Growing up on the family farm in Rosburg, he early on learned the value of hard work, helping with various farm chores.

Following grade school in Grays River, Marv attended Naselle High where he played varsity basketball for the Comets, graduating with the class of 1977. His first job was working for Jessie's Cannery in Ilwaco. He attended Lower Columbia College in Longview and Clatsop Community College in Astoria.

The allure of the road soon called, and Marv began his career as a long haul truck driver, working a number of years for Simon Trucking. He loved his job and the challenges and various experiences he never forgot. Twelve years ago he retired. While working Marv lived in the Vancouver area, though he never forgot his roots in Rosburg-Naselle, his family and friends, and his Finnish heritage.

Marv enjoyed fishing, and enjoyed movies, especially science fiction. A hardworker, he was very much his own person who valued his independence. He followed Democratic party politics and was a Christian.

Marv was married to Sheri Wilder, and they later divorced. Survivors include his sons, Sam Hutson and Christian Haataia, several nieces and nephews, and members of his extended family. He was preceded in death by brothers, George and Gilbert Haataia.

Memorial service will be Sat., December 7, 2019, 2:00 PM at the Naselle Assembly of God Church. A reception follows. Private committal. His guest book is available at www.penttiaschapel.com.

To order memorial trees or send flowers to the family in memory of Marvin M. Haataia, please visit our flower store.