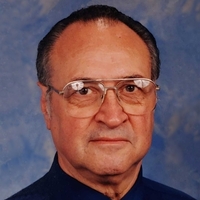 Michael Anthony Mancini, 86, a resident of Long Beach for over 30 years, passed away in Ilwaco on September 6, 2020. Michael was born in New York, NY on April 13, 1934 to Louise (Vanchiro) Mancini and Carlo Alberto Mancini. As a child, he grew up with his brother and best friend, Carlo Alberto Mancini (affectionately called “Charlie” or “Junior”).

Not many people knew that in his younger years, Mike attended a New York City school for the arts. When his children discovered beautiful sketches of high fashion designs in an old Air Force trunk in the basement, they immediately thought they were drawn by their mother, Marj. However, they soon learned that their dad, Mike, was equally gifted and artistic. In addition to those sketches, Mike apprenticed with a jeweler and designed many pieces while in high school. One of his pieces was so unique that is displayed in the window of the prestigious Van Cleef and Arpels Jewelers on Fifth Avenue.

After high school, Mike enlisted in the Air Force – where he attained the position of Staff Sargent. He dabbled in the art of boxing – although he would be the first to tell you he wasn’t the greatest boxer. While stationed in Spokane, Washington, however, he did win his biggest prize. He met the love of his life, Marjorie Lue Delay and convinced her to marry him on December 3, 1955.

While still in Washington, Mike worked a few jobs after his Air Force service – including working on the Great Northern Railway and a short stint as a door-to-door salesmen. In 1961, Mike and Marj moved cross-country to Brentwood, NY, where they raised three children until moving back to Washington in 1989, settling in Long Beach.

In New York, Mike landed a job with Pan American airlines. As the years progressed, he went to college at night – including attending the Cornell School of Labor Relations in New York City and was elected to several positions within Local 504 Transport Workers Union – with successive years as President. During this time, he had a reputation of being “tough, but fair.” This persona would be how most folks would describe him throughout his life.

Michael Anthony Mancini was proud of his Italian heritage – often jokingly referring to himself as “The Sicilian.” But, the Italian influence in his life gave him a profoundly strong love and devotion to family and friends. His large stature and slightly bellowing voice could be a little intimidating at first, but it was easy to fall in love with his “big teddy bear” personality. This was certainly demonstrated when Mike and Marj moved back to Washington and he worked at Ilwaco High School with special education children – mostly strong, young boys who could be hard to handle. Again, Mike was “tough, but fair” with the young men – turning the storage area under the school bleachers into a workshop where he taught them to fix sewing machines and restore donated bicycles to give to under-privileged area children at Christmas. As tough as he looked and sometimes sounded, the kids in his classes never missed an opportunity to greet him whenever they saw him – even years later. Ever commanding respect, they would run up to “Mr. Mancini” with big smiles and admiration in their eyes as they said hello and he would always remember their names.

Mike had many hobbies, was a voracious reader and enjoyed nature walks, bird watching, traveling, rock tumbling, opera, playing the guitar, racket ball, motor cycling, bowling, darting, fishing, trips to the casino and having a good meal with family and friends. He always smiled when he ran his tractor through his property and continued to do so well into his 80’s. Mike had a passion for people and politics. Marj and he took their young children to “Up With People” concerts to raise their awareness of good for all, he worked on congressional and presidential campaigns, served as church elder, fed the homeless and participated in many events like “Hands Across America” or community watch patrol. Strong and confident, you always knew where Mike stood on any issue. He was one of the most hardworking, caring and honest men you could ever know.

Those close to Mike also knew of his intense love for nature and animals of all kinds. His compassion ran so deep that he would often be driving along and see something laying in the middle of the road and sigh sadly for a downed animal. Upon closer examination, however, occasionally it would only be a paper bag in the road – for which he was bestowed a round of laughter from the rest of the family in his car. While looking intently for wild animals on their many trips through the mountains of Washington, he would spot what Marj would call a “mailbox deer.” That’s a mailbox that would morph into the shape of a deer until you got closer and could clearly see it was only a mailbox that would be met with more laughter.

Wild or domestic, Mike loved animals and animals loved him. In the early days of Brentwood, his little dog “Missy” would climb into his lap and shoot love arrow into his eyes. And he continued special relationships with every pet he owned; surrounding himself with pictures of each one. This big teddy bear of a man spent his last years with his beloved rescue “Minnie” who snuggled with him in his recliner every day.

Mike was also a long-time member of the Eagles lodge and a founding member of the Moose lodge in Ocean Park – where he had many friends. Always the “protector” – Mike’s final wishes were that no one gather for funeral services on his account; he didn’t want anyone to have any possibility of being harmed by the current pandemic. Therefore, there will not be a public service. In lieu of flowers, the family suggests a memorial donation to the South Pacific County Humane Society in Long Beach, Washington. Having adopted many wonderful pets from this rescue over the years, his family is certain Mike would honored by your contributions at http://beachpets.com/long-beach-wa-shelter/memorial-and-other-gift-donations/.

Michael is survived by daughters Michele Mancini of Rockville Centre, NY; Theresa Mancini of Cleveland, Georgia; son Derrick Mancini with wife Elizabeth Gardner of Riverside, Illinois and granddaughter Lucia Mancini of Riverside, Illinois. He was preceded in death by his wife, Marjorie Lue Mancini and his mother, father and brother, Louise, Carlo Alberto and Carlo Alberto (Junior) Mancini. He will be dearly missed by his family and friends.

To order memorial trees or send flowers to the family in memory of Michael Mancini, please visit our flower store.