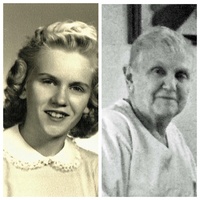 Nancy Eaton, 77, a Long Beach resident the past10 years, died August 29th, 2019 in Long Beach. A native of of Niagra Falls, New York, she was born there on June 24, 1942 the daughter of George and Corinne Eaton. Nancy grew up in Wilson, NY later moving with her family to Bothell, Washington when she was age 17.

Nancy was a graduate of the University of Washington. She was employed initially as a clerk, and then became court clerk and bailiff for King County Superior Court. Later she was national defender investigator for A.C.A. in Seattle before retirement. In 1977 she moved to Long Beach.

Celebration of Her life will be held Sat., October 19th, 1:00 PM at the community room of Surf Pine Apartments, 141 First Ave. N., Ilwaco. Memorials are requested to Brigadoon Barker Service Dog organization, Seattle Children's Hospital or the organization of one's choice. Her guestbook is available at www.penttilaschapel.com.

To order memorial trees or send flowers to the family in memory of Nancy M. Eaton, please visit our flower store.