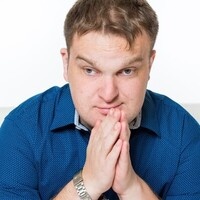 Nicholas was born with kidney disease and received a kidney transplant when he was just over 2 years old. Nicholas also went blind from the pertussis vaccine when he was 16 months old and slowly began to slip into the world of autism. Nicholas never let his disabilities or medical conditions hold him back or hinder his spirit. Nicholas was an

intelligent young man with plans of working at Lighthouse for the Blind in Seattle as a computer consultant. Nicholas excelled academically and was the youngest to ever pass the math portion of the SAT’s at Perkins School for the Blind.

Nicholas enjoyed playing the computer, keyboard, karaoke, trivia, going on cruises, and travailing with his family to amusement parks. Nicholas lived life to the fullest; he had no fear and could be seen ziplining crossed a river and bungy jumping off a crane with smiles from ear to ear.

He is preceded in death by his grandmother, Lila Kimbrough and Inez Payne; grandfather, Charles Jonason and Vernon McColm; aunt, Shelly Hartley; and uncle, Bobby McColm.

With a heavy heart a service will not take place at this time due to COVID and attendance restrictions. A celebration of life/wake will take place on April 10th, 2021 on what would have been his 28th birthday at the Moose Lodge in Ocean Park where he loved to sing karaoke and socialize with the many friends who always made him feel accepted; details to follow at a later time.

Thanks to all who knew and loved Nicholas and made his short time on this earth the greatest it could possibly be. I could not have asked for a better community of friends to share my son with; his laughter and celebration for life will truly be missed.

To order memorial trees or send flowers to the family in memory of Nicholas Vernon McColm, please visit our flower store.