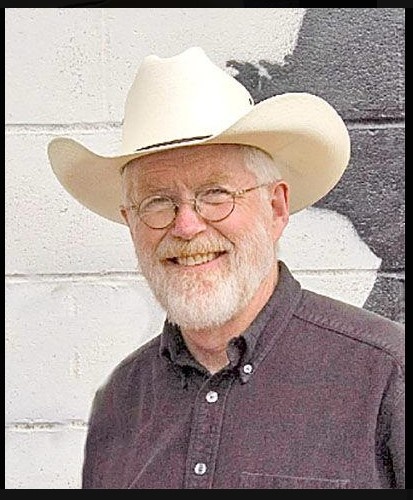 Nyel LeRoy Stevens died quietly at home in Oysterville on June 8, 2022, with his beloved wife Sydney Stevens by his side.

He was born in Montpelier, Idaho to LeRoy Alvin Stevens and Muriel Dalrymple on Aug. 4, 1943, and had an early life full of adventure. Often his father would take him hunting, gifting him his first hunting rifle at six years old. (It had a sawed off stock to accommodate his size.) They went fishing frequently, though Nyel didn’t quite understand the appeal of “sitting all day and waiting for fish to bite.” He was a more active sort and could often be seen around their Oysterville home on his riding lawn mower, out trimming the rhodies, tending to the chickens (Little Red Hen was his favorite), or fixing something around the house. Nyel, General of The Honorary Oysterville Militia (T.H.O.M.), was still active enough to lead the militia in honoring our veterans with the traditional Oysterville cannon salute on Memorial Day this past May 30th.

Nyel arrived on the Peninsula in 1983 to work on a history project at the Ilwaco Museum to cap off his MA in museum studies at the University of Washington. After catching Sydney’s eye, he moved from Seattle to the Peninsula full-time, married Sydney Medora Little in 1987, and, with her, went on to become the co-owner and proprietor of the Book Vendor in Long Beach. He was also, for many years, a well-known and loved substitute teacher in the Ocean Beach schools.

Throughout his life, Nyel and Sydney hosted many events at their home — from the Annual Oysterville Croquet and Champagne Gala in the early years, to musical house concerts, the Friday night gatherings (a weekly get-together of local friends), holiday parties, and the aforementioned cannon firings. Their community network of friends, neighbors, and family is deep and diverse. Nyel was an active member of the Peninsula Players, and for 20 years he and Sydney performed throughout the state in their readers’ theatre group, the Shoalwater Storytellers.

Nyel was most known for his ready smile, his quiet, easy-going demeanor and his attention to detail in any task he undertook. He was also a whizz in the kitchen, often saying he loved to cook almost as much as he loved to eat.

Nyel is survived by his wife Sydney Medora Little Stevens; his step-son Charles Howell; and step-daughter Marta LaRue. His family asks that any donations commemorating Nyel’s life go to supporting “anything Oysterville” — Oysterville Restoration Foundation, for the maintenance of the church; The Honorary Oysterville Militia; Oysterville Community Club at the old schoolhouse; Oysterville Water; or Oysterville Cemetery Association.

To order memorial trees or send flowers to the family in memory of Nyel Stevens, please visit our flower store.