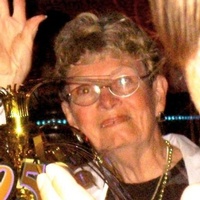 In the early morning hours of Tuesday, October 16th, Patti had a massive stroke and died after battling Parkinson’s Disease and Congestive Heart Failure for nearly 20 years. Best known as a consummate Elementary Teacher, devoted wife and mother of three, she was also a dedicated Lutheran and WSU Coug. She lived her life caring and giving to others first, which was evident by her infinite number of friends. Many noted her being a great conversationalist and listener; always showing genuine concern and curiosity.

Born outside of Yakima, on a Hop Farm at WA Hwy 24 East and Birchfield Road, she was born to Albert A. and Helen Wood Bateman. At Moxee High School, she was a standout basketball player for the Red Devils, before becoming the 3rd generation of Batemans to attend WSU. Originally Washington Agricultural College, when her grandparents attended in the late 1890s, her father, Al, and Patti attended when known as Washington State College. She and husband, Roy, from Lake Stevens, WA, graduated in 1956. She took tremendous pride that her sons, Tom graduated with a BA in 1987 and Doug received his Masters of Educational Psychology in 1995; with grandchildren Nick and Brittany becoming graduates in May and December of 2016, making a full 5 generations of Cougars.

Patti and Roy F. Pellerin married on May 17th, 1958 at Yakima Presbyterian Church. They set up roots in Pullman, after her first 2 years of teaching in Richland and their wedding. Patti would teach another 26 years, primarily 5th & 6th grades, in Pullman; originally in the historic Edison Elementary School, before spending most of her tenure at Lincoln and Gladish Middle Schools. The family understood her dedication to a career she loved, but didn’t completely recognize the incredible impact made, learned through the countless sentiments after her passing. She obviously touched and directed many of her students’ lives, as well as influencing two of her own children into the career. Karen is in her 37th year and Doug now in his 29th.

Buying their first home at 2003 Clifford Street in Pullman in 1961, Patti somehow managed a career and a hectic home life, with 3 children going everywhere all the time. Karen’s activities included music and cheerleading, while Doug and Tom primarily directed their energies through sports. Rarely, if ever, did she miss a recital or athletic event, and not only was she her children’s biggest fan, this extended to her grandchildren. Whether kids, grandchildren, or her beloved Cougars, you always knew Patti was in attendance – this included the officiating crews.

Living in Pullman until 1996, the family belonged to Trinity Lutheran Church. The kids were active in their respective confirmations, also participating in the youth group SPLASH, Bell Choir, and Children’s Choir. From there, Patti and Roy weren’t your typical church-goers, as they were very active on the church council, church events, and fellowship time with many wonderful ‘Trinity friends’. This would hold true as they retired to the Long Beach Peninsula, becoming members of Ocean Park Lutheran Church.

As they retired to Surfside Estates, it was to a dream house in process of being built and new relationships to build. Unfortunately, her ongoing involvement in whatever community she belonged, her illness began to dominate her physical life, but used her energy to direct a local Parkinson’s Support Group and stayed active in AAUW and WELCA. Many of these activities were eventually curbed by Macular Degeneration. Always an active seamstress, Bridge player, traveler, and before mentioned MEGA FAN of her children, grandchildren, and the Cougars; much of this became more and more difficult.

Patti was preceded in death by her younger brother, John in February 2011, as well as many dear friends. John’s family has remained close, as Patti so appreciated her sister-in-law Bobbii, nephews Mike and Kevin, and niece Mandy.

She is survived by her husband Roy, celebrating their 60th Anniversary last May; daughter Karen and her children Katelyn, Nolan, and Ryan, plus husband Tom and his kids Amber, Chris, and Katy; son Doug and daughter Brittany, including his wife Cindi and her boys Kevin and Matt; and son Tom, with kids Nick and Makenna. Though not yet blessed with her own great-grandchildren, she delighted in the young lives of her 5 step great-grandchildren.

The family wishes to give a huge thank you to all those who’ve reached out – it means the world to us. Please donate in her name, when and where applicable, to any honorable Parkinson’s foundation. We recognize, even beyond family, how Patti will be missed.

A memorial service has been set for 2:00 PM Saturday, Oct. 27th at Ocean Park Lutheran Church.

To order memorial trees or send flowers to the family in memory of Patricia Ann Pellerin, please visit our flower store.