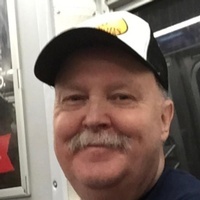 Paul Michael Twomey, 66, died in Ilwaco, Washington on March 16, 2019. The son of Paul J. and Rachel (Tufts) Twomey, he was born in Newburyport, Massachusetts on August 12, 1952. Paul grew up in Newburyport where he graduated from Newburyport High School school with the class of 1970.
Following in his father's footsteps, Paul was employed as an electronics technician for AT&T for many years before retiring in 2009. Following a massive stroke in 2010, Paul had the opportunity to live briefly in New Mexico, before settling in Washington state with his sister, Anne T. Stats and brother-in-law, Daniel. Paul had the enjoyment of owning and caring for his two goats.
Never married, Paul is survived by sisters Anne T. Stats, Kathleen T. Carroll, Maureeen T. McGuren, Colleen Patton, and Mary T. Gardner; and numerous nieces and nephews.
His guestbook is available at www.penttilaschapel.com.

To order memorial trees or send flowers to the family in memory of Paul Michael Twomey, please visit our flower store.