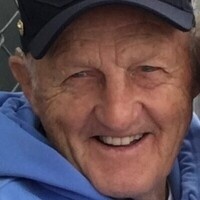 Robert L. Burkhalter passed away peacefully at home on Saturday, Feb. 26, 2022. A beloved husband, father, fisherman, farmer, teacher and veteran, he was a few days shy of his 90th birthday. Bob was born March 3, 1932 to Louis Alfred and Lena Burkhalter in Menlo, Wash. He grew up as part of a large family on a dairy farm. He attended and graduated from Valley High School, where he excelled in track, basketball and football. After graduation Bob served in the Air Force during the Korean War. After the service Bob attended Western Washington University where he earned his teaching degree. Bob taught in Cathlamet and Clallam Bay for a short time, but found his love for teaching at the Rosburg School in the Naselle School District, where he taught and coached for nearly 20 years. Bob married Lois Camenzind, and they raised their four children: Carmen, Arleen, Gary and Leanne. Bob and Lois started farming when they moved to Rosburg in 1964 and took up dairying in 1978. They passed on the dairy to their son Gary when they retired in 1994. Bob was a hard-working man who was full of life. He loved all things outdoors: mushroom and berry picking, clam digging, beekeeping, gardening, hunting and fishing. He LOVED to fish and could be found on the river bank on even the coldest mornings. Bob inherited his green thumb from his parents and led his family in planting and tending a large garden. Although farm life was busy, Bob always had time for a project, from making sauerkraut and sausage, building picture frames or birdhouses, and growing beautiful flowers. He worked hard, but was also happy to relax with a good Buckhorn beer. Bob was a teacher and coach at heart. He spent countless hours on the field, in the gym, in the woods, or on a river bank, teaching, coaching and mentoring. Bob was gregarious and loved playing games, teasing and joking. His children can remember being awakened on snowy mornings with Bob singing “chicka dee dee, in the Evergreen tree, it’s snowing, it’s blowing. Chicka dee dee.” Bob was adventurous and he and Lois enjoyed traveling the world, including Canada, Switzerland, Germany, New Zealand, Jamaica, Fiji, and Australia. Bob and Lois also enjoyed a 20 year tradition of traveling to Mexico in the winter, many times with Bob’s brother. In April of 2018, Bob was happy to be the recipient of a Veteran’s honor flight trip to Washington, DC. Bob is survived by his wife Lois, daughters Carmen (Steve) VanTuyl, Arleen (Steve Hamilton) Burkhalter, and Leanne (Brian) Eko and son Gary (Susan) Burkhalter, and multiple grandchildren and great grandchildren. A celebration of life will be held on July 29, 2022 at 1:00 P.M. at the Rosburg Community Hall.

To order memorial trees or send flowers to the family in memory of Robert Louis Burkhalter, please visit our flower store.