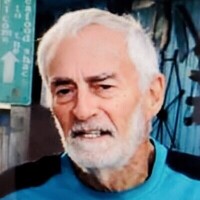 Robert (Bob) Cole passed away peacefully the morning of June 22nd at his home in Ocean Park, WA, with his wife by his side. He was born in Chicago, IL to parents Harry J. and Geraldine L. Cole on May 26, 1944.

In 1962, he graduated from Notre Dame High School for Boys. As a teen he spent some of his summers working on the Ryan Farm, which belonged to his Uncle. Bob also attended a few years of studies at Villa Madonna College in Covington, KY.

From 1964-1966, Bob served in the US Navy during the Vietnam War. He was stationed on the ship called the USS Coral Sea, which was an aircraft carrier.

On June 17, 1967 he married Sherry Sims in Skokie, IL at St. Lambert's Church. They had three daughters.

On September 13, 1997 he married Ruth Ann Bryant in Boulder Junction, WI at his sister Joan's home on Boulder Lake.

From 1974-2002 Bob worked for Peterson Publishing in the Hunting and Shooting Publications. He loved to tell the stories of the places he traveled, the adventures he had and the variety of people that he met along the way, while working there. A lot of the people that he met became life- long friends.

Bob was self-employed in Advertising Sales until his retirement in 2010.

Bob enjoyed his family, friends, reading, sports, shooting and hunting. He loved to dine out and was always eager to try a new restaurant. He made friends easily and had a wonderful sense of humor. He was always willing to lend a helping hand when needed. After he retired, for six months out of the year, he enjoyed his condo and living in Bradenton, FL .

Bob was proceeded in death by his parents and a brother.

Per his request, there will be no service. Memorial contributions may be made to a charity of your choice.

To order memorial trees or send flowers to the family in memory of Robert Joseph Cole, please visit our flower store.