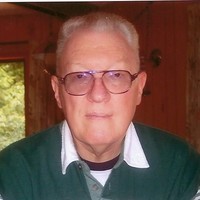 The family later moved to California where Robert graduated from Orange High School. He served in the US Navy, stationed aboard the U.S.S. Noble, APA 218.

Following his military duty Robert was employed by the U.S. State Department in the foreign affairs service. He was vice counsel, stationed served in Paris, France; Santo Domingo, Dominican Republic; Tehran, Iran; and Oslo, Norway. He and his wife Mary resided in Kirkland, Washington until retirement brought them to the Peninsula, an area he dearly loved, having visited often during his life.

Robert was preceded in death by his wife Mary and sister Joyce Hanson. Survivors include several nieces and nephews.

Memorial Mass was celebrated at St. Mary's Parish in Seaview. Private burial will be at Cathedral Cemetery in Scranton, Pennsylvania. His guestook is available at www.penttilaschapel.com.

To order memorial trees or send flowers to the family in memory of Robert Louis Kirby, please visit our flower store.