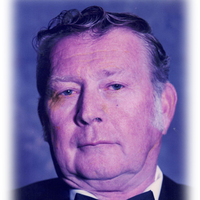 Robert Thomas " Bob" Bonney, 85, a 70-year resident of the Peninsula, died in Ilwaco on Feb 13, 2020, with his wife at his side.  Born November 20, 1934, in Portland, he was the son of Rupert T. and Elva May (Nolan), Bonney. Bob grew up in Portland and attended Benson Polytechnic High School.  Having vacationed on the Peninsula with family, they moved here and Bob attended Ilwaco High School.

On November 29, 1951he joined the US Air Force and became a crew member on a B-29 aircraft working as a turret system mechanic and flexible gunner. They flew many bombing missions over Korea. Four years later, to the day he was honorably discharged at Mountain Home Air Base in Idaho.  Bob later served with the USAF Reserves.

After returning to Portland he worked on IBM machines for the Dept of Agriculture. In 1958, when Bob and Rochelle married in Raymond, he worked on the McCurdy dredge out of Tokeland. Living in Grays River he was the head rigger for Crown Zellerbach. They then moved permanently to Long Beach, where he resided since. He cut his teeth in construction working for Matthews & Wickberg of Ocean Park before he and John Hanselman formed B&J Construction. Later, Bob became the sole owner.

Bob enjoyed working, serving his community, and spending time with family and numerous life long friends. He was an avid beachcomber. Winter storms found him scouring the beach for whatever the surf brought in and he was especially proud of his extensive collection of Japanese glass balls he accumulated - a pursuit he began when he first moved here.

Funeral service will be Saturday, February 22, 2020, 1:00 PM at Penttila's Chapel by The Sea in Long Beach. Concluding graveside rites at Ilwaco Cemetery. Memorials may be made to the Long Beach Fire Department in his memory.

His guest book is available at www.penttilaschapel.com

To order memorial trees or send flowers to the family in memory of Robert T. "Bob" Bonney, please visit our flower store.