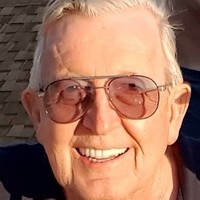 He was born to Wendell “Whitey” and Shirley (Bigger) Willis in Drift Creek, Oregon. Buzz was raised on the Siletz Indian Reservation with many of his cousins after their fathers fought in World War II. They enjoyed playing outdoors and playing practical jokes on each other and many remained his closest, life-long friends.

Buzz graduated from Hood River High School where he played football and was in the honor society. He graduated from the University of Oregon with a degree in Finance. “Go Ducks!”

After college, he served in the U.S. Army for two years, stationed in Salt Lake City, Utah. After the army, Buzz moved to Alaska where he lived for 25 years. He married Denise (Gilmore) in 1970 and they had three children Sasha, Erik and Chad. He taught his children how to shoot rifles, fish for king salmon using corn kernels and appreciate a pickle and cheese sandwich. He managed a camp for Sykes Logging Company and for his final 11 years in Alaska, he was appointed by Senator Frank Murkowski to be the State Director of the Farmers Home Administration, directing loans to rural communities.

After spending a few years living in Mesquite, Nevada and along the Oregon coast, Buzz settled in Ocean Park, where he made many friends in the golfing and AA communities. He savored reading, watching football, and eating fresh oysters and clams. He loved living near the ocean and would often drive along the beach “highway,” a final drive he took only days before his death.

Buzz will be missed by his three children: Sasha St. John, Erik Willis, and Chad Willis; as well as his granddaughter, Sierra St. John and his sister, Donna Mitchell.

Honoring his request, there will not be a funeral service. Buzz will be interred at the Taft Pioneer Cemetery in Lincoln City, Ore., where he will be near his beloved Pacific Ocean, parents and grandparents.

His guest book is available at: https://www.penttilaschapel.com/obituary/roger-willis.

To order memorial trees or send flowers to the family in memory of Roger E. Willis, please visit our flower store.