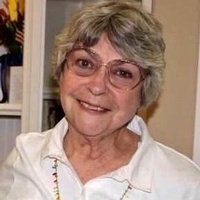 Sheila was born on April 28, 1939 in Baltimore, Maryland, the daughter of John Augustine King and Katherine Beahr King. She spent most of her life as a resident of Los Angeles, California, graduating from Immaculate Heart High School in 1956. Thereafter she attended nursing school at St. Vincent Hospital in Los Angeles. Ultimately, she spent her working career in retail sales, owning and operating her own business specializing in the sale of religious art. Also, she worked as a licensed real estate agent with Century 21 in the Los Angeles area. In 2005 she married Melvin Wallace and retired to Oysterville, Washington where she resided until the time of her death.

At the center of Sheila’s life was her Catholic faith. From her early childhood she actively practiced her faith and involved herself in parish life and community service wherever she lived. She was also devoted to her large and extended family, bringing joy and laughter to all with her blithe and independent spirit and sense of humor.

Sheila is survived by her loving husband Melvin Wallace and his family, brothers Michael King of Oysterville, WA and Malcolm King of Moraga, CA, her sisters in law Janet King and Marilyn King, eleven nieces and nephews and their respective families.

A Mass of the Resurrection will be celebrated for Sheila at St. Mary Catholic Church, 1310 48th Street, Seaview, WA at 11 AM on Friday, November 30, 2018. Prior to Mass, viewing and recitation of the Rosary will be held commencing at 10 AM that day. Burial will be on Monday, December 3 at 11 AM at St. John the Evangelist Catholic Cemetery in Vancouver. In lieu of flowers, the family asks that donations be made to St. Vincent de Paul Society or to Coast Pregnancy Center, 279 6th St., Astoria, OR 97103.

Her guestbook is available at www.penttilaschapel.com

To order memorial trees or send flowers to the family in memory of Sheila Marie King Wallace, please visit our flower store.