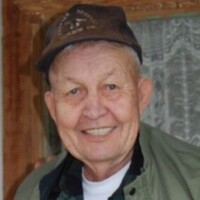 Stanley Rangila, age 83, died peacefully at his home in Deep River on August 3, 2020 to be reunited with his wife Helen, who predeceased him in 2018.

Born on February 12, 1937, Stanley was the only son of Eino and Martha Rangila and a lifelong resident of Deep River.  Like many of his generation in the Northwest, he was both a farmer and a logger.  He loved doing both and took immense pride in having worked as a logger when logging was king.  He had an inquisitive mind and a wicked sense of humor.  He derived great pleasure in being able to pull off a trick on someone.  One would know they’d been had when a slight grin would appear on his face and his eyes would glisten to reveal his internal laughter.  An outdoorsman, he enjoyed backpacking and logged many miles including several trips within the Pasayten Wilderness.  He was helpful to his friends and scornful of those he disliked.  An accomplished blacksmith and metal worker, he equipped his shop with an impressive array of blacksmithing tools.  He was an avid reader and taught himself to do things through trial and error and felt strongly that was how others should learn as well.  He took great care of his forestland and his pastures as evidenced by the appearance of his property and the health of his herd of angus cattle.  As a younger man, he and Helen loved to go on campouts with their friends.  Their door was always open to friends and family and the coffee pot was always full.  While “love” was not a common word in his vocabulary, Stanley loved his wife Helen, had pride in his son David and adored his daughter Evelyn.  The epitome of “Sisu,” Stanley lived the last few years of his life with disabilities, due to a series of strokes and other complications.  Throughout it all, he maintained his sense of humor.  His limbs are no longer lifeless and he is now free to roam in the house of his Lord Jesus with Helen.  He will be greatly missed by all who knew him.

He is survived by his daughter Evelyn Riat and her husband Anthony of Rainier, WA; David Rangila and his wife Joyce, of Deep River; grandchildren Anja Reynolds, Tim Reynolds, Tim Combs, Robert Rangila, Ryan Rangila, six great grandchildren, as well as nine nieces and nephews. A graveside inurnment at the Deep River Cemetery will be held at a later date.

To order memorial trees or send flowers to the family in memory of Stanley Leland Arthur Rangila, please visit our flower store.