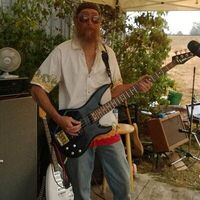 Terry was well known to the many in the peninsula area. To me he was 1-800-
Terry. Always ready to help. Always ready to McGyver any problem. Also known as the canopy setup guy at the Saturday Market in Ilwaco. I'm sure he hopes to best be remembered as the Bass Player for a long time favorite local band; The Distractions. The years he spent performing were his biggest accomplishments and enjoyment. He had great respect for his fellow musicians and all the musicians who crossed his path over the years. He spoke highly of each and everyone of you.

He is preceded in death by Rich, the man who raised him as his Dad.

He left behind a family of friends who may not be blood relatives, but he thought of them as brothers. To others he was a brother, uncle and son.  Thanks to Jerry and Dave who stayed with him to the end. He did not die alone.

To order memorial trees or send flowers to the family in memory of Terry Hoover, please visit our flower store.