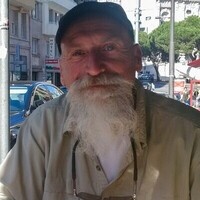 Virgil Ray Howard, 66, passed away on July 3, 2020 after a brief illness.  He left this world in the company of the love of his life, Dorothy, and several friends.

A longtime resident of Western Slope towns including most recently Glenwood Springs, Virgil gave himself to the community and left his mark on many iconic structures and buildings.  He built the Colorado Animal Rescue Building and was a loyal friend of the organization.  Among his many projects, he was proud to have restored the Devereaux Room at the Hotel Colorado, and the Downtown Drug Building.  He worked on the Glenwood Canyon project in the early 1990s, and closed his construction career in Glenwood Springs on the Grand Avenue Bridge project in 2018.

He will be remembered by those who encountered him for his quick dry wit, pragmatism, incessant problem solving, his deep knowledge of contemporary music, and his ability to see and find beauty in buildings seemingly beyond repair.  He was a steadfast friend to those who touched his life and will be missed by many.  He was fortunate enough to live the Colorado dream and then spend his final months on the Washington Coast, trying to rescue yet another hopeless house.

Virgil is survived by his wife Dorothy of 32 years, his sister, Joyce Collins, and his furry friends Ty and Bill the Cat.  Virgil asked that you join him in supporting your local animal shelter and those creatures who cannot speak for themselves.

To order memorial trees or send flowers to the family in memory of Virgil Ray Howard, please visit our flower store.