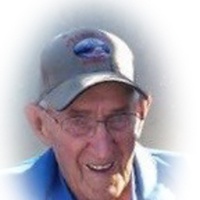 A life long resident of Ilwaco, William Gerald “Bill” Cutting, 90, died at his residence on December 28, 2019. The son of Guy and Nettie (Saari) Cutting, Bill was born in Ilwaco on September 28, 1929. Following Ilwaco elementary, Bill graduated in 1948 from Ilwaco High School.

For over 50 years Bill was a commercial fisherman, a occupation he was proud of and proud that his family have carried on the tradition. He was a member of Occident Lodge #99 F&AM of Ilwaco.

Bill enjoyed keeping in touch with life long friends and watching sports, especially when his grand and great-grandkids participated in.

He married the love of his life, wife Marcia, on January 15, 1954. She preceded him in death on September 11, 2002. Survivors include sons Jerry (Marcie) Cutting, Brian (Kim) Cutting, and Larry (Wayne) Cutting; and numerous grand and great-grandchildren; and one great-grandchild.

Memorials are requested to the Ilwaco Fire Department. His guestbook is available at www.penttilaschapel.com

To order memorial trees or send flowers to the family in memory of William "Bill" Cutting, please visit our flower store.