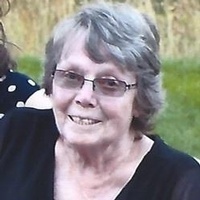 Barbara Lou "Bobbie" Johnson Crumbley, 83, a resident of Naselle the past 18 years, passed away in Astoria, Oregon on August 12, 2018. The daughter of Luiel and Mettie (West) Johnson, she was born April 26, 1935 in Dodge City, Kansas. When she was young she moved with her family to the Peninsula where her parents owned the Oceanic Hotel in downtown Long Beach, WA. Barbara attended Ilwaco High School before moving to the San Francisco area where she completed her education.

Barbara resided in California, Washington state and Alaska during her lifetime. While residing in Vancouver, Washington she was a special education teacher and then a dental assistant. In Valdez, Alaska she was business manager for the cable television company. She had been a member of the Moose Lodge in Ocean Park and the Eagles lodge in Valdez, Alaska.  Barbara was very proud of her Cherokee Indian heritage.

Barbara was an avid fisherwoman, clam digger and enjoyed gardening and loved to cook for her family and friends.. A skilled seamstress, she made many of her family's clothes and crocheted and knitted. Playing cribbage was a favorite of hers. Barbara and Mackey enjoyed many road trips, traveling all over the States, Canada and Mexico in their motor home. She loved animals and closely followed baseball, being a loyal Mariners fan. She also enjoyed being on Facebook, keeping in touch with family and friends.

On August 24, 1970 she married Mackey Crumbley. They moved the family in 1975 to Alaska, where they resided in Valdez and Cordova. They resided in the Salmon Creek area of Naselle the past 18 years. Other survivors include daughters Julie Ann Smith and Lori Campbell (George Campbell) all of Valdez, Alaska, and Shawn Crumbley of Battle Ground, WA; son Dan Keiser of Valdez; grandchildren Corbin and Ethan Ford, Sarah Winn and Tristian Smith; great-grandchildren Bradley, Harper, Charli Ann; nieces/nephews Gary and Patricia Caples and Donny and Darcey Caples. Preceded in death by parents Luiel and Mettie Johnson of Vancouver, WA, sister Lavonne Caples of Ocean Park, WA.

Private family services were held. Her guestbook and memory page is available at www.penttilaschapel.com.

To order memorial trees or send flowers to the family in memory of Barbara Lou "Bobbie" Crumbley, please visit our flower store.