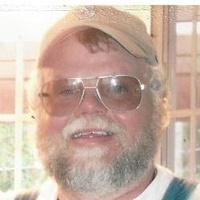 Wellington William Marsh III, known to all as “Willie”, passed at his Long Beach residence on April 22, 2017, surrounded by family and friends. A wonderful father, husband and friend, he was known for his heart of gold, open arms and sarcastic sense of humor. Taken too soon, he touched so many lives and is missed deeply.

Born August 27, 1954, in Ilwaco, he was the son of Wellington “Junior” and Marian (Meyer) Marsh. From one of the pioneering Peninsula families, his grandfather was the mastermind behind Marsh's Free Museum. Willie attended Long Beach Elementary School, graduated from Ilwaco High School in 1973 and graduated from Clark College in 1975 with an associate degree in culinary arts.

Forever a “dabbler”, his first job was preparing food in the family restaurant in downtown Long Beach and later, he worked at Marsh's Free Museum. After finishing college, he owned and operated Willie's Bakery, traveled the world cooking on tugboats and then re-established the business he began at age 10 (pulling his lawn mower with his bike) as owner and operator of Shrub and Grub Landscaping and Catering.

Willie was one of the best cooks on the Peninsula, known for his amazing barbeque, cedar plank salmon and smoked seafood! He was an adventurous soul who enjoyed driving on the beach, clam digging, golfing, snorkeling, road trips, camping, gardening, music, concerts and so much more. He lived life to the fullest and his favorite moments were always spent surrounded by his family and friends.

A Celebration of Life for Willie Marsh will be held on July 8th, 2017 at the Peninsula Saddle Club on Sandridge Road, Long Beach WA.  We will be providing Willie's BBQ favorites and suggest bringing your favorite salad, dessert or side to go along.  The event will be from 1:00 PM - 5:00 PM.

To order memorial trees or send flowers to the family in memory of Wellington William "Willie" Marsh III, please visit our flower store.