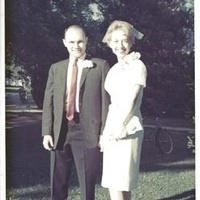 Beverly C. Sampson, 85, died at her Long Beach, WA residence on February 17, 2016. The daughter of Griffin Stiles and Florence Black, she was born January 23, 1931 in St. Louis, Missouri. As a child she moved with her family to Texas where her mother operated a dance studio and Bev learned to dance, a life long love. She graduated from Texas Christian University with a bachelor degree in nursing.

As a young woman Bev began racing cars, her first car being a Jaguar. Later he raced other models including Austin Martins. She also started her own dance company. At age 21 her grandfather gave her an airplane and she became a licensed pilot. It was while skiing in Vail, Colorado that he met—actually ran into Dick Sampson,, a native of Prosser, on the slopes—and they married some fifty years ago.

Following her marriage to Dick Sampson, Bev became a wife and homemaker, later mother to Shawna. She was instrumental in orchestrating her husband's university teaching career including his becoming a Fullbright Scholar. When they moved to Japan, Bev began teaching English as a second language and also became proficient in Nyumon and Shoclen, ancient Japanese flower art.

Funeral service was held at Penttila's Chapel by The Sea in Long Beach.  Graveside service and burial next to Dick will be Sat., March 12, 2016, 11:00 AM at Prosser Cemetery, Prosser, Washington. Her guestbook is available at www.penttilaschapel.com.

To order memorial trees or send flowers to the family in memory of Beverly C. Sampson, please visit our flower store.