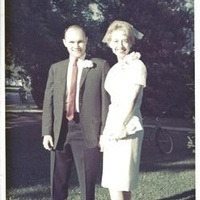 Dick Truman Sampson, 78, died peacefully at his Long Beach residence following a valiant battle with amyotrophic lateral sclerosis. The only child of T. Paul and Bernice Sampson, he was born in Prosser, Washington on August 3, 1937.

Following high school he graduated from the University of Washington, later earning both his Master's Degree and PhD. from Bowling Green University. He was a full PhD. professor at Eastern Washington University in Cheney from 1974 until 1994. Awarded a Fullbright Scholar he resided in Tokyo Japan before he went to Iwate Perfectural College in Sendi Japan. Following his diagnosis with ALS in 2000 he returned to Prosser prior to moving to the Peninsula four years ago.

Dick was a member of the ALS Association, Human Society, Boys and Girls Club and a proud member of the University of Washington Alumni Association. Locally he attended St. Peter's Episcopal Church in Seaview.

A Funeral Requiem will be held at St. Peter's Episcopal Church (The Church Center) in Seaview on Saturday, February 6, 2016 at 1:00 PM. with a reception following. Concluding graveside service will be held Sat., February 13th, 2016, 11:00 AM at the Prosser City Cemetery, Prosser, Washington.

His casket will be open Friday, February 5, 10 AM until 4 PM at Penttila's Chapel by The Sea in Long Beach. Memorials are requested in his memory to either the Boys and Girls Club or the South Pacific County Humane Society in care of Penttila's Chapel, PO Box 417, Long Beach, WA 98631. His guestbook is available at www.penttilaschapel.com.

ch.
To order memorial trees or send flowers to the family in memory of Dick Truman Sampson, please visit our flower store.